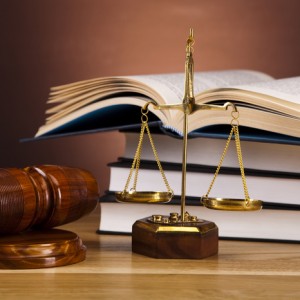 Getting an adverse decision from the Contracting Officer can severely impact your company’s future. Was there a legal mistake made? Bring your case to the US Court of Federal Claims Washington DC appeals court (COFC) can make a difference. Whether the situation involves a bid protest, a termination for default, or Contract Disputes Act claims denial or an improper small business decision from SBA OHA, an experienced government procurement lawyer could unveil serious errors made by the agency.

As a government contractor, it is important to know that the U.S. Court of Federal Claims has subject matter jurisdiction over many federal procurement appeal disputes resulting from the contracting officer’s or agency’s final decision.  This includes Court of Federal Claims bid protests, Contract Disputes Act claims, government small business regulations and SBA programs.

As government procurement appellate lawyers, with law offices in Washington, D.C and Colorado, the law firm offers experienced legal counsel, some of who have actually worked for federal agencies.

Get a Careful Review of the Agency Record

Oftentimes, an appeal or bid protest at the Federal Claims Court requires a careful review of the record at the Agency level. This court does not overturn all errors at the contracting officer level. There has to be some level of prejudicial error and some mistake that translates to reversible error. The Court of Federal Claims lawyers at Watson & Associates, LLC will carefully evaluate the agency’s decision, documentation and evidence to see if it meets the legal standard for the Court to overturn the lower decision. For clients that are seeking to appeal a decision from the U.S. Court of Federal Claims, our federal appeal lawyers and government contract protest attorneys also litigate matters at the U.S. Court of Appeals for the Federal Circuit appellate attorneys

When filing an appeal at the Court of Federal Claims, you must show that the court has subject matter jurisdiction to hear your case. The Court cannot hear the case on the merits before jurisdiction is present. Steel Co. v. Citizens for a Better Env’t, 523 U.S. 83, 88-89 (1998). Any party to the dispute may challenge the Court’s jurisdiction. The Court, may by its own choice (sua sponte) raise the question of whether there is subject matter jurisdiction. See  Arbaugh v. Y&H Corp., 126 S. Ct. 1235, 1240 (2006). At Watson & Associates, we help clients to assess the critical issue of the court’s ability to hear the appeal.  Common issues that may arise include:

For bid protest cases,  our Court of Federal Claims appeals attorneys makes sure that the agency follows the requirements of the Administrative Procedure Act’ under the “arbitrary and capricious” standard. See 28 USC 1491(b)(4). See also Impresa Construzioni Geom. Domenico Garufi v. United States, 238 F.3d 1324, 1332 (Fed. Cir. 2001). In addition to small business matters before the court, we have experienced federal procurement appellate lawyers and COFC bid protest attorneys that have vast experience with the various substantive legal and Federal Acquisition Regulation (FAR) issues involved in litigation.

One of the clear advantages of filing a bid protest at the  United States Court of Federal Claims in that this court does not have the short deadlines as does the GAO. The COFC does not have defined deadlines. However, post-award protests cannot be filed so late that the government’s attorneys. (DOJ) can argue that you have slept on your rights. See Thinking About Filing a COFC or GAO Bid Protest?

When you file a pre-award bid protest at the COFC, you must still file before the closing date for receipt of proposals. See Blue & Gold Fleet, L.P. v. U.S., 492 F.3d 1308, 1315 (Fed. Cir. 2007) (“a party who has the opportunity to object to the terms of a government solicitation containing a patent error and fails to do so prior to the close of the bidding process waives its ability to raise the same objection afterward in a § 1491(b) action in the Court of Federal Claims”.)

The third advantage of the Court of Federal Claims bid protest process is that although it is arguably the more expensive. Federal judges who are appointed for life, can also make an impartial ruling. Contractors with millions to lose in a government protest tend to bring their cases before the COFC. See additional tips on filing bid protests at the Court of Federal Claims.

Most agency actions during contract performance are covered under the Contract Disputes Act. When the agency issues a contracting officer’s final decision, you have a timeline to file an appeal at the Federal Claims Court. The COFC appeals lawyers at Watson & Associates, LLC  have vast experience with the various types of cases. They include:

To Avoid Costly Mistakes, Get a Free Copy Of Your Bid Protest Checklist