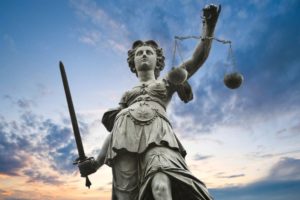 When a lower court or government agency makes a mistake, procurement laws give you certain rights to appeal the decision is certain situations. However, the appeals court must have appellate jurisdiction to even hear the case. Many government contractors, including both large and small businesses, file the appeal without having a detailed understanding of the appeals process and the conditions under which the court will hear the case.

As a result, the companies spend hundreds of thousands of dollars in unnecessary litigation on the issue of appellate jurisdiction.

The following covers the general jurisdiction of many of the commonly used courts for government contract disputes. Contact an appellate attorney for legal advice and representation.

The Armed Services Board of Contract Appeals (“ASBCA”) can entertain appellate cases regarding legal claims arising from contract disputes between government contractors and either the Department of Defense or the National Aeronautics and Space Administration (“NASA”).

ASBCA’s appellate jurisdiction is known overlap as concurrent legal jurisdiction with the Court of Federal Claims (COFC). under the Contract Disputes Act of 1978.

As a general rule, after the contracting officer at the Department of Defense or NASA denies a government contractor claim, request for equitable adjustment (REA), change order, or claim under a federal construction project, the ASBCA retains jurisdiction to hear your appeals case.

At Watson & Associates, LLC our government contract law and appellate jurisdiction lawyers frequently litigate disputes about whether the court does or does not have jurisdiction. That includes invoking the ABCSA’s jurisdiction engaging in mediation and other alternative dispute resolution that the ASBCA offers with the contracting officers involved with the claims, and taking the matters to trial before ASBCA officers and tribunals, and even appeals.

The Civilian Board of Contract Appeals (CBCA) is an independent appellate court within the General Services Administration (GSA). It hears disputes and appeal cases from various Federal executive branch agencies. This court also has appellate jurisdiction in litigation of cases mentioned under ASBCA jurisdiction.

The United States Court of Federal Claims (COFC) has national jurisdiction. The court has sixteen judges nominated by the President of the United States and confirmed by the Senate for a term of fifteen years.

The Court of Federal Claims is authorized to hear primarily money claims founded upon the Constitution, federal statutes, executive regulations, or contracts, express or implied in fact, with the United States.

Subcontractors must be aware of filing a government contract appeals before the Court of Federal Claims without a sponsorship contract with the prime contractor. Otherwise, the appellant would have to show through additional facts that there was privity with the agency.

For claims over $100,000, the contracting officer must provide a written decision within 60 days of receipt of the claim or notify the contractor when such a decision will be rendered. See 41 USC 7103(f).

First, bid protests filed at the Court of Federal Claims is considered an initial bid protest and not an appeal if filing after GAO has also ruled on a previous bid protest.

Appellate jurisdiction at the United States Court of Appeals for the Federal Circuit generally arises under 28 USC 1295(a)(10) to hear “an appeal from  a final decision of an agency board of contract appeals pursuant to” 41 USC 7107(a)(1), a provision of the Contract Disputes Act.

The United States Court of Appeals for the Federal Circuit is also the appellate court with jurisdiction over decisions of the ASBCA involving Government contract disputes.

What Cases May Likely Be Dismissed for Lack of Jurisdiction?

Learn More about what we do and how we can help your company.Get your copy.
Download Now