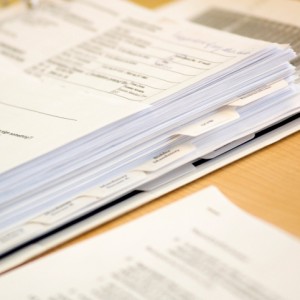 Procurement contracting agencies do make mistakes/ We help to uncover those mistakes during bid protest litigation.

The federal marketplace is very competitive and challenging. After spending thousands of dollars bidding on government contract bids, you find that your award has been challenged in a post-award bid protest or that your firm as the unsuccessful offer intends to file a bid protest against the government agency.

At some point in your government contracting experience, you will more than likely go through the federal bid protest process. You may easily decide to have your company challenge the terms of the solicitation or intervene in the litigation because you want to defend contracts awarded to your company.

Bid protest regulations have very short timelines.  Many government contract protest litigants spend thousands of dollars arguing about filing deadlines and timeliness disputes. Basic bid protest regulations state that if your bid protest challenges the contents and improprieties in the agency’s solicitation then your deadline is before bid opening or before the time set for receipt of initial proposals. See 4 CFR 21.2(a)(1).

Bid protest filing timelines in all other cases must be filed not later than 10 days after the protester knew or should have known the basis of protest (whichever is earlier), with the exception of protests challenging a procurement conducted on the basis of competitive proposals under which a debriefing is ‟requested and, when requested, is required,” that is, a debriefing required by law. See also information about SDVOSB bid protests.

As a boutique-sized, veteran-owned law firm, we work closely with corporate management to assess the potential allegations and if the potential bid protest has merit. We also look at the most cost-efficient method to proceed while balancing the case law and court decisions for the possibility of getting a winning protest decision.

This is the most likely the least expensive option to file a government contract protest. However, it is arguably the least rated for getting a winning decision.

Filing a bid protest at GAO is more expensive for government contractors. There is a ten-day timeline to file and there is an automatic stay provision.  GAO typically makes a decision in 100 days.

The more expensive method of filing a government contract protest is at the Court of Federal Claims. Watson’s bid protest attorneys litigate protests at this court. There is no statutory filing deadline. However, an intervenor cannot wait unreasonably long before intervening in the case.

At Watson & Associates, our government bid protest attorneys also understand that sometimes it is not in the contractor’s best interests to litigate a contract award. When weighing the pros and cons, we simply consult with our clients about the possibility of impacting an important business relationship with the contracting agency.

With over 30 years of federal marketplace experience, we work closely with our clients on issues such as conflict of interests, sole-source awards, small business set-aside decisions and more.

When you file a bid protest at the Court of Federal Claims, if the court issues an adverse decision, you can appeal the decision to the Court of Appeals for the Federal Circuit.

This type of bid protest appeal is not intended to relitigate the merits of the case. Instead, you must show where the lower court committed legal and reversible error.

At Watson & Associates, our government contract protest lawyers and federal circuit court bid protest appeal attorneys represent government contractors at this level where the stakes are high and there may be a serious legal error in the lower court’s record.

To learn more about Watson & Associates, LLC or to set an appointment to discuss your case,  Contact the Court of Federal Claims and GAO bid protest attorneys at the law firm toll-free at 866-601-5518 or 202-827-9750 in Washington DC.

We practice exclusively in federal contract law in Washington, DC and cannot use sensitive information gathered from previously-litigated cases to cause an unfair advantage for clients.

Make an Informed Decision on Filing a Bid Protest