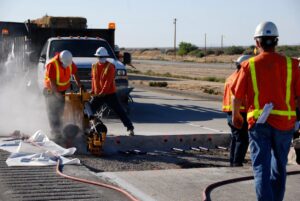 Having government contractor fraud defense attorneys on your team is critical when the stakes are high. Especially at the initial government investigation. The stakes are high at this stage because you can inadvertently self-incriminate yourself or provide information to the government that can cause criminal charges to be brought at a later time. The investigation stage can also be critical because investigators can make very pointed allegations about underlying procurement or SBA laws which you may not be familiar with but somehow admit liability. In other words, you may choose to speak with investigators because you feel that you have nothing to hide or nothing to fear. Prosecutors simply do not give that any consideration.  It is not uncommon for innocent contractors to find themselves staring down the barrel of a dangerous criminal charge.

At Watson, our clients realize that sometimes having large law firm defense can be problematic because many larger firms are not well-versed in the various government small business fraud issues that can arise. When government contractors face civil or criminal charges due to allegations of small business procurement violations, boutique-firm government contract fraud lawyers tend to reduce large firm overhead fees while maintaining the experience needed to defend our clients. We aggressively respond to and defend against unwarranted allegations. We understand the impact it can have on the company and people’s future.

Federal prosecutors will frequently threaten with maximum sentences to get you to admit guilt, regardless of whether you have committed a crime or not. To relieve pressure, having government contractor fraud lawyers that understand the underlying issues and procurement statutes is what relieves pressure. Prosecutors are well aware that many local criminal defense lawyers are not well-versed in federal government procurement. Therefore, the chances of prevailing in a criminal case are high. Our government fraud attorneys and contractor lawyers give our clients the advantage of being able to push back on the government’s often-incorrect analysis and application of the law.

Watson’s Government contractor fraud defense attorneys can reduce the chances of indictment or conviction. The law firm will immediately develop a defense team that gets to the heart of the issue and postures a strong legal defense given the facts of your case.

Does Your Case Meet the Definition of Government Defense Contractor Fraud? When federal contractors engage in a dishonest scheme to defraud the government, and when the scheme causes the government to pay an invoice, award a contract and provide some other benefit to the contractor, this will meet the definition of government contractor fraud. Defense contracting agencies use the False Claims Act to target companies that commit fraud against the federal government.  Procurement Fraud by defense contractors is at the top of the priority list for federal prosecutors. Defendants in a criminal trial must retain experienced contractor lawyers that understand the federal contracting process and the various rules associated with the award of a contract. Having a government contractor defense lawyer or military government fraud attorneys that can help your company defend against prosecutors that have made allegations against your company is critical to getting the outcome you need.

Types of Cases That Our Government Contractor Fraud Attorneys Handle

Watson’s government contractor lawyers frequently help large and small businesses involved in civil and criminal cases. We seek to uncover mistakes made by federal law enforcement agencies.  As government contractor fraud defense attorneys, we represent clients from the investigation stage, through the bidding and contract performance stages. Some of the cases we handle include:

For a Free Initial and Confidential Consultation, Call Our Government Contractor Defense Lawyers at 1.866.601.5518.

Why Contractor Defense is Critical Early in the Case?  The federal government usually starts the case with a government investigation. This could be from the SBA, DOJ or OIG or some other law enforcement agency. Nevertheless, contractors must start building a legal defense early. Federal prosecutors and their investigators oftentimes have initiated a case sometimes months or even years before you learn that you are under investigation. When you can show them that the case against you is a weak one, then it may deter them from bringing criminal charges.  In reality, the effort may still move forward. However, having government contractor fraud lawyers that understand the procurement playing field will be in a better position to fight back against allegations of contractor fraud and set up better negotiation power. See information about False Claims Act defense cases for contractors.

What are the common types of government contractor defense cases where prosecutors’ assessment of the law can be flawed?

False claims and or conspiracy: In other cases, where companies are charged with false claims or conspiracy to commit fraud for violation of HUBZone program regulations or SDVOSB small business regulations, again, the prosecutor’s assessment and application of the facts and law are often filled with flawed analysis and improper application of the underlying laws. Common issues that arise include alleged violations of HUBZone employee requirements and SDVOSB eligibility and pass-through contract schemes. Our government contractor fraud attorneys aggressively attack these allegations with the client having to pay expensive large law firm prices.

Small business subcontracting fraud: Government procurement regulations make certain provisions and exceptions for the amount of work prime contractors can subcontract. Depending on the facts and circumstances in your case, the government’s allegations of subcontracting fraud against you may be meritless. Call our government contract fraud attorneys for immediate help.

Buy American Act fraud cases pose yet another common problem for federal contractors. The underlying assessments by DOJ attorneys can be problematic in that each case is fact specific. There is no broad brush approach in Buy American Act fraud cases. At Watson & Associates, our government contract fraud lawyers sift through the flaws and help our clients to reduce potential exposure.

How Can You Defend Against the Government’s False Claims Act Allegations? If you are involved in a criminal lawsuit that alleges submitting false claims to the government under a federal contracting scenario, there are some legal defenses that you may assert including:

Public information: When you are facing a criminal case for false claims against the government in a Whistleblower lawsuit, a viable defense is that the information used to allege the crime is already public information.

No requisite intent: The False Claims Act addresses reckless and intentional actions to defraud the federal government. Accidental, mistakes or negligence are not viable actions to charge you with a crime.

Federal attorneys tend to bring false claims and conspiracy criminal cases but the underlying behavior and allegations in the complaint allege violations of federal procurement laws or SBA small business regulations. These are very complex rules and regulations that even have separate courts carved out to handle these complex issues. Hiring local criminal defense contractor lawyers that are not familiar with the legal requirements in federal procurement will have a hard time defending against the government’s case and thus minimize the chances of getting an acquittal. See information about criminal liability for false statements under 18 USC 1001.

What is the Impact of Taking a Plea in a Criminal Case? In the government contracting arena, taking a plea can cripple the company’s future. Since you will be accepting a plea for a felony, it can impact your ability to obtain certain licenses; a plea can also impact your ability to do business with the government in the future (debarment). You will want to speak with a defense government contractor fraud lawyer before accepting.

What should you do when approached by federal investigators? Oftentimes, federal investigators call or leave their contact information. The key to dealing with federal law enforcement is to first understand that one has constitutional rights against self-incrimination.  Oftentimes law enforcement openly makes accusations that can prompt you to speak without legal counsel present. You want to avoid this mistake at all costs. Although you may be innocent, it is not unheard of for federal prosecutors to still charge you with criminal conspiracy to defraud the government, in hopes that you provide helpful information in exchange for a lesser charge. Call our federal contract fraud criminal defense lawyers immediately at 1.866.601.5518.

When Are Contractor and Government Sanctions Imposed by Contract Boards