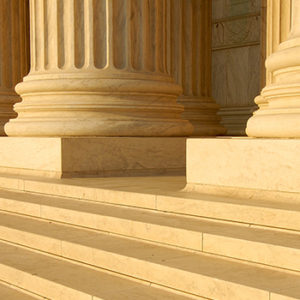 If you are awarded a government contract, you should not be surprised when the contracting officer notifies you that a competitor has filed a bid protest that contests the award.  The immediate question that comes to mind is what can you do about it. Depending on the value that you place on potential income to your business, the choices are simple. (a) you can do nothing and let the government contracting agency fight with the protestor or (b) you can become an intervenor defendant pro se and participate in the bid protest and hope for the best or (3) you can find an experienced Court of Federal Claims (COFC) intervenor bid protest lawyer.

With law offices in Washington, DC and in Denver, Colorado, Watson &. Associates’ government contract bid protest intervenor lawyers have decades of experience in the federal procurement marketplace and frequently represent successful awardees’ rights to intervene and litigate their rights under the contract. Having previously worked for federal agencies we understand the source selection process as well as the agency’s discretion to decide to who they want to award a government contract. More importantly, we understand the angles that bid protest attorneys take to overturn agency actions.

Depending on the court where you are filing a bid protest, the intervenor definition can be slightly different. If you are filing at GAO, then the court’s regulation suggests that:  “Intervenor means an awardee if the award has been made or, if no award has been made, all bidders or offerors who appear to have a substantial prospect of receiving an award if the protest is denied” (4 CFR 21.0(b)(1)).

On the other hand, if you are filing a Court of Federal Claims bid protest, then becoming an intervenor under the court rules COFC Rule 24(b) can be accomplished due to  (1) intervention as of right and (2) permissive intervention.  If you are asserting intervention as a matter of right, COFC Rule 24(a)(2) requires you to show that you have a timely motion that (1) its interests relating to a property or transaction that is the subject of the proceedings, and (2) its interests are so situated that disposition of the action may impair or even impede its ability to protect that interest.

Under COFC Rule 24(b),  governing permissive intervention — the court can allow you to intervene if you (1) file a timely motion; (2) show that you are given an unconditional right to intervene by a federal statute or has a claim or defense that shares with the main action a common question of law or fact; and (3) your intervention will not delay or prejudice the adjudication of the original parties’ rights. These are all areas where our bid protest intervenor lawyers can help.

Standing and Interested Party Status as a Bid Protest Intervenor

Your ability to overcome intervenor status objections also means showing that you are an interested party that has the standing to file a lawsuit.  There is no shortage of cases where the contracting agency opposes your intervenor defendant status by arguing that you are not an interested party with standing. This is especially important during a Court of Federal Claims bid protest because to be able to file motions pursuant to the Rule of the Court of Federal Claims (“RCFC”) 12(b)(1), the court must have jurisdiction to hear the case.  If you cannot qualify as an intervenor and show that you have standing, the agency lawyers will request that the Court dismiss the case for lack of subject matter jurisdiction.

The United States Court of Federal Claims applies the same legal standing requirements enforced by other federal courts created under Article III. See Anderson v. United States, 344 F.3d 1343, 1350 n.1 (Fed. Cir. 2003).  Without legal standing, you cannot be an interested party with intervenor status. This makes the dispute as a  threshold jurisdictional issue,” Myers Investigative & Sec. Servs. v. United States, 275 F.3d 1366, 1369 (Fed. Cir. 2002), such that a “lack of standing precludes a ruling on the merits,” Media Techs. Licensing LLC v. Upper Deck Co., 334 F.3d 1366, 1370 (Fed. Cir. 2003). As the plaintiff in a bid protest action, you have the burden of proof showing that you do in fact meet the requirements for intervenor defendant status in the bid protest.

One of the most common disputes in bid protest litigation is when the government argues you do not meet the actual or prospective offeror requirement and therefore cannot intervene in the bid protest litigation. The US Court of Appeals for the Federal Circuit has stated that to qualify as an actual or prospective offeror, a protestor must have submitted an offer or bid on a government contract by the closing date for the solicitation, or, in the case of some pre-award bid protests, “be expecting” to do so. See MCI Telecomms. Corp. v. United States, 878 F.2d 362, 365 (Fed. Cir. 1989).

If you are an actual offeror, you still must overcome the substantial chance and prejudice requirements. Whereas, in a pre-award protest, you would have to show that but for the agency actions that your company would have submitted a bid. These are all areas where Watson’s bid protest intervenor lawyers can help.

Tip: one angle that the government may use is to argue that you cannot intervene in the bid protest action because you do not meet the qualifications of the solicitation and therefore could not qualify for the award. Arguably, this is a post-hoc argument assuming that your offer was already evaluated. In fact, it was not. However, courts may look at this argument differently.

To speak with our bid protest intervenor law attorneys about becoming intervening in a COFC or GAO government protest case, call 1866-601-5518 for a FREE initial consultation.

To protect your company revenues and to defend your rights in protest litigation, call our bid protest intervenor lawyers at 1-866-601-5518 for a free initial consultation.